"HIP HOP IS A SAFARI" (don't feed the animals) 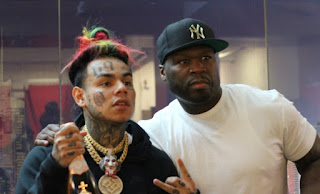 HIP-HOP IS A SAFARI RIDE
as stated by hip hop heavyweight 50 Cent during a recent interview about incarcerated rapper Tekashi 69 "from the beginning you can see he wasn't build for this lifestyle" added by 50, the adaptation of his words that sparked the interest in this narrative is that hip hop is a culture that's treated like a safari ride of course errybody wants to touch the lions and take pictures until the primitive nature of the jungle cat kicks in then errybody on the safari become a light snack from the intentions of curiosity. although the cat isn't being killed in this expression, I thought Hip Hop was about the freedom of expression, freedom of oneself to be original, the choice to be seen.

Thank You for the support